Dear web serfer these few pages are my outlook on the world ,
Are given my interests, music , books that have allowed me to raise myself from everyday life and have helped me to understand our world .
I tried to change the world and look around me , now I try to look within myself and change myself . 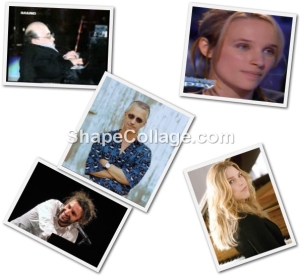 Song VI of the Bhagavad Gita.

" My actions do not contaminate me because I do not want their fruit . Who knows me is not bound by its own actions . ..................... . Who is able to see in action the non-action and in the non-action the action , among all men he possess the vigilance of the mind and is unified in yoga, fulfilling all his duties . " When you do not more adhere to the objects of the senses nor acts , it is then having renounced all " project concerned " , finishing the rise of yoga degrees . he who has the same judgment toward benevolent beings , friends , enemies , neutrals , hateful people , allies , good and also evil , to him ...... .. who stone and gold appear identical, , he stands eminently

When you're in the impermanence, detachment, you witness the events and not wait for the result of your actions, you're on the path of yoga.